Four of us sat for over an hour in a small 8 x 6 room waiting anxiously to hear again from doctors. This seems to be a frequent scene for our family lately and unfortunately, I have come to expect little results from these gatherings. I was particularly nervous about this appointment because of the testing that had taken place earlier that day. 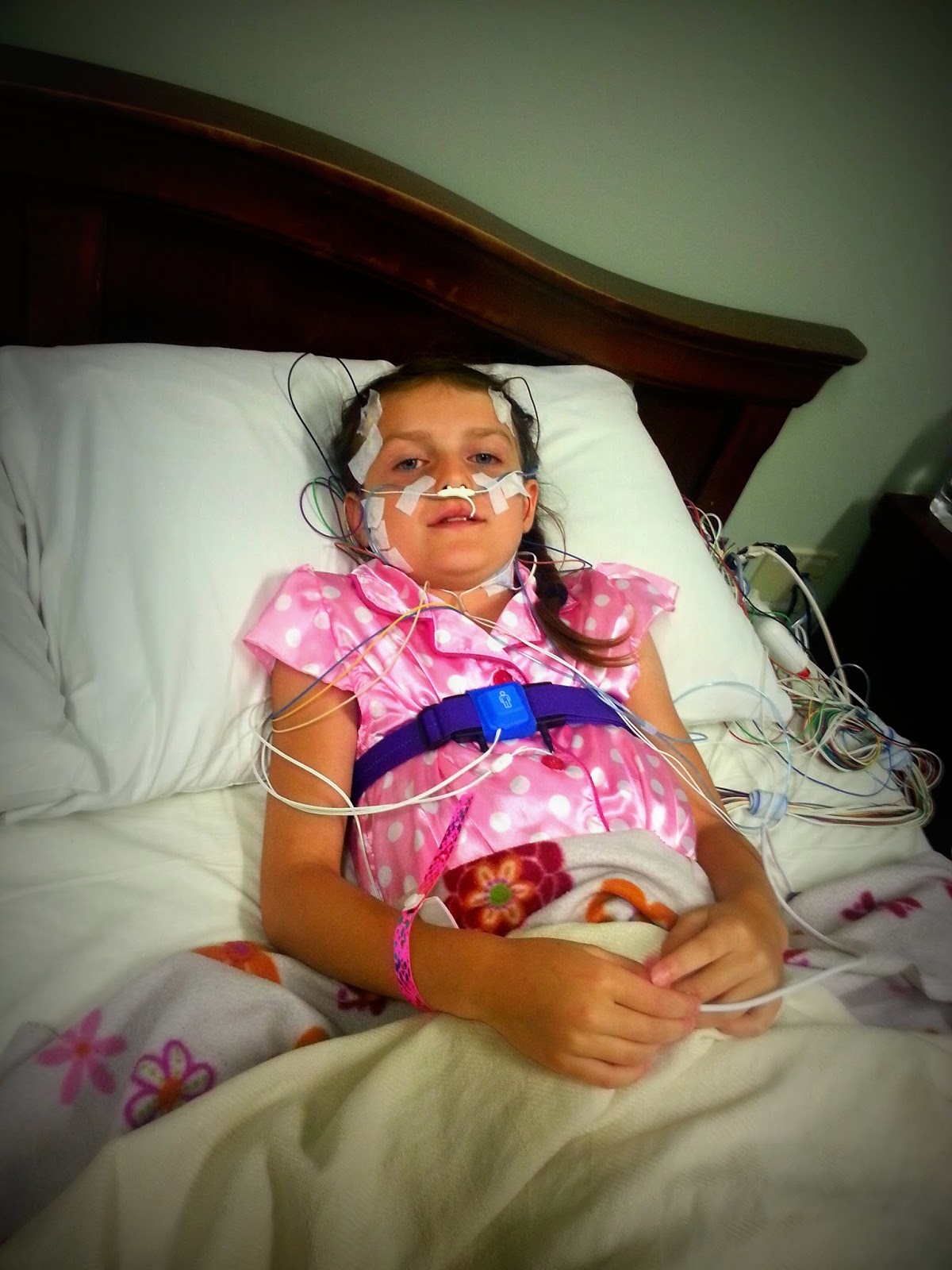 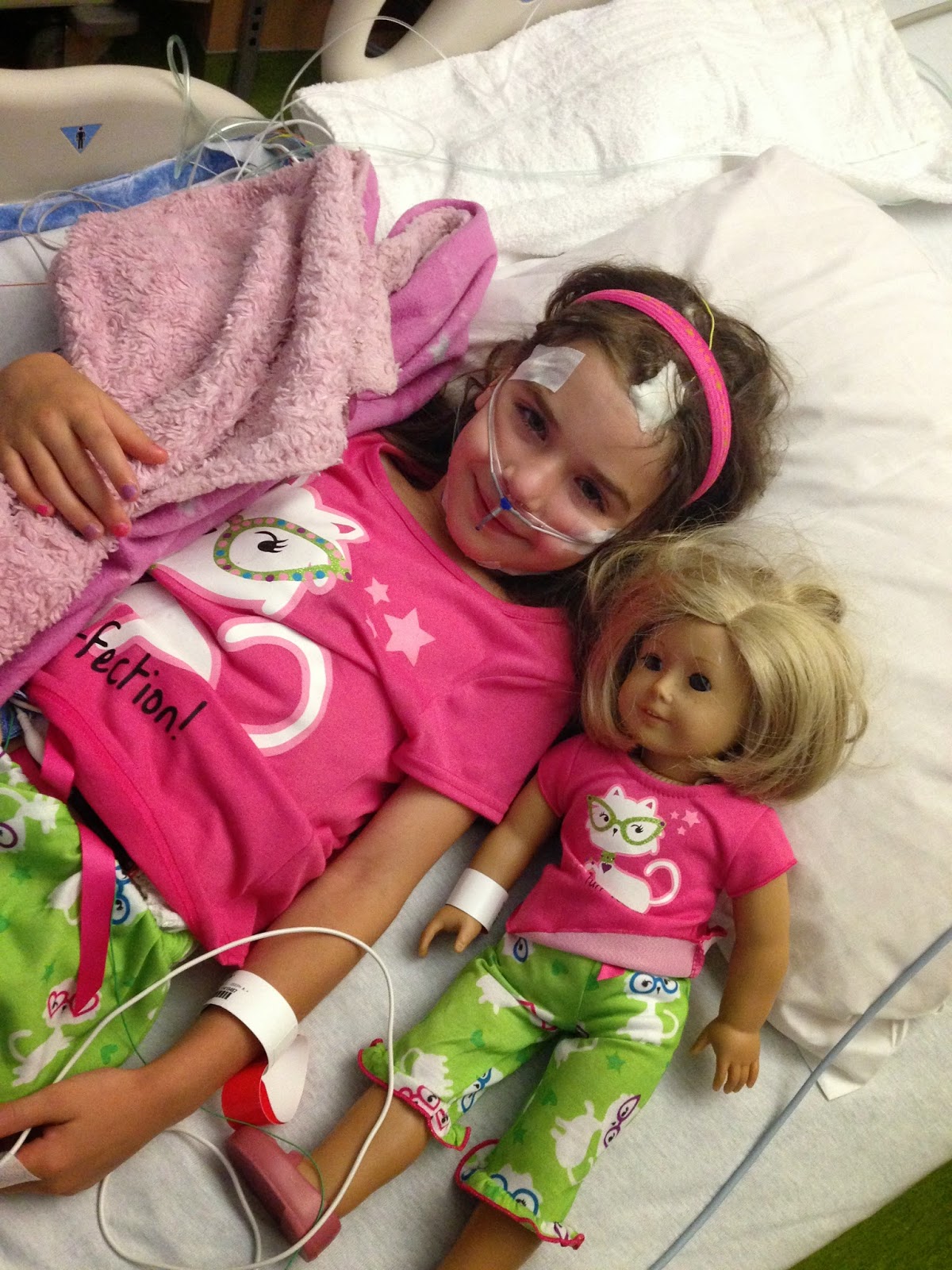 For those that don't know, my girls have been suffering chronically with lung issues and where diagnosed with severe Asthma at the age of 3... and apparently their youngest sister has decided to follow suit (let's save her story for another day).

The morning of our appointment my two oldest girls underwent Methacholine Challenges; it's when a chemical is administered in increasing concentrations with the intention of inducing symptoms in those with respiratory issues. I was present while these test were being administered, going between two rooms in an effort to try to comfort each girl. I would watch as this long drawn out process progressed on for both girls. If at any point they exhibit respiratory distress the test would be stopped 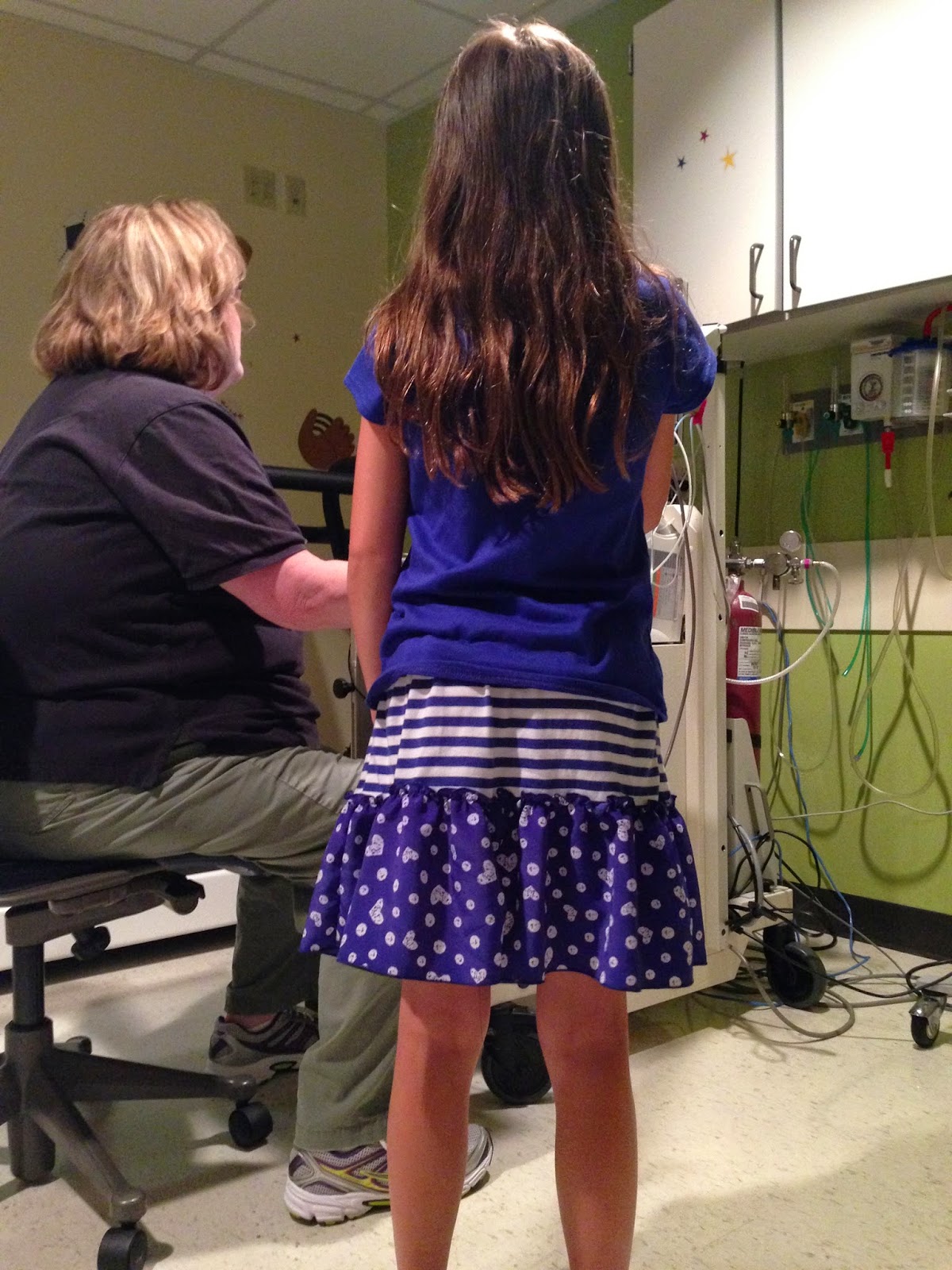 and they would administer abuterol to reverse the reaction, which would confirm the diagnosis of Asthma.

Now, keep in mind I have been treating my girls for severe Asthma for about 9 years so at this point I was secretly thinking to myself... these tests better be positive.  We have lived through so many scary breathing episodes with both girls and each winter usually brings with it very sick children. We were desperate for answers and the reassurance that our kids were not going to have to continue living this way. Kayla  alone has endured 7 episodes of pneumonia and countless doses of oral steroids. 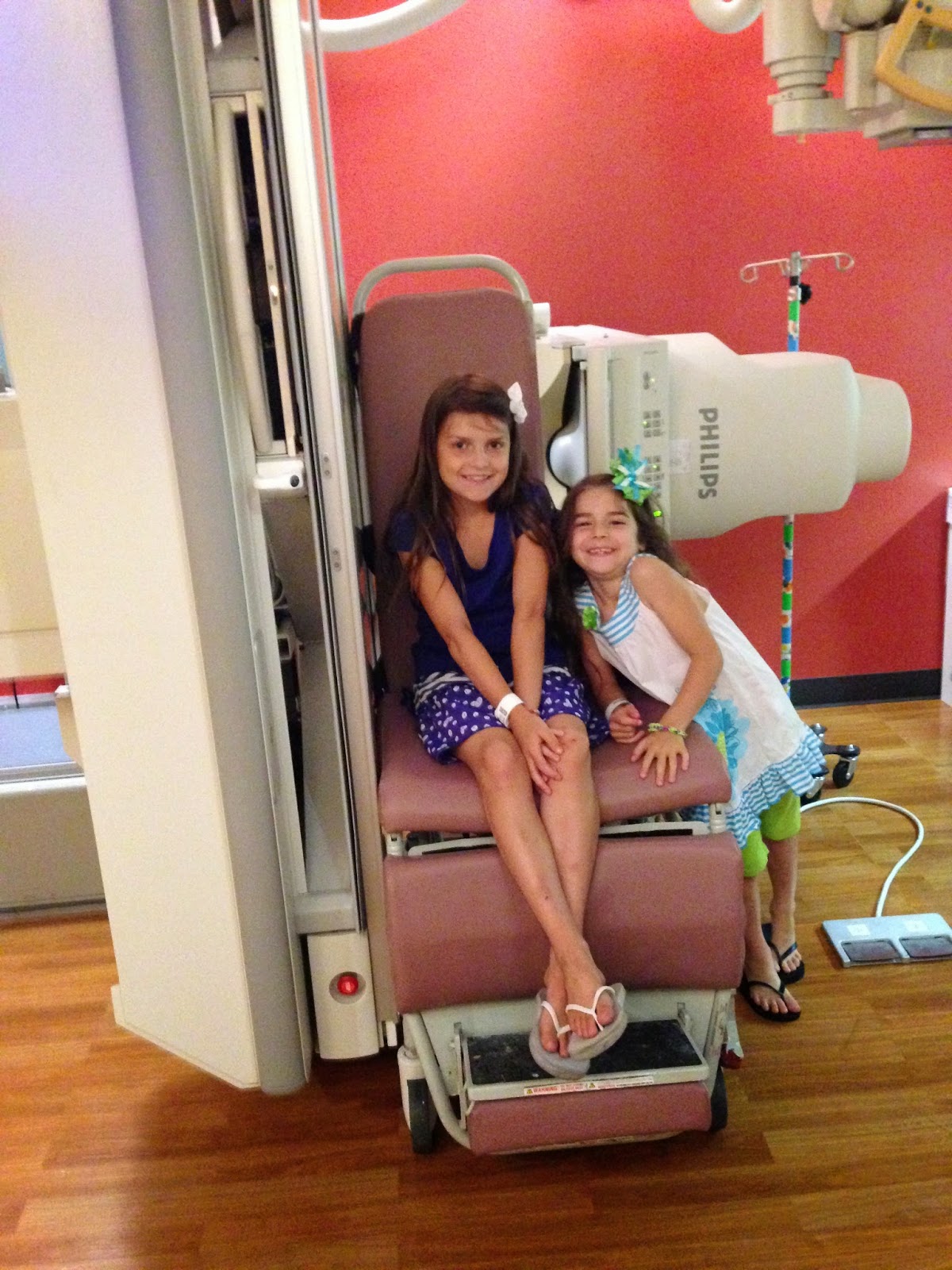 It is such a helpless feeling to watch as your children continue to become ill with no one able to identify the real cause.

As I watched and waited, I could see that Kayla was not going into respiratory distress, and while normally that would be a great thing, it was not very comforting for me at that moment. I kept telling the respiratory therapist, "I don't understand, you should see this kid and how sick she gets with breathing issues." My concern started escalating into frustration... I had been treating her for Asthma for 9 years, giving her medication to relieve symptoms, her doctors heard wheezing on many occasions... how could this be!!

The room across the hall was producing much different results. It wasn't long into the test when Addyson began to have difficulty breathing and the test had to be stopped... a diagnosis of Asthma was confirmed! But her older sister continued to plug a long through the test and it wasn't until the final dose that she had a mild enough drop in her lung function that she needed reversing treatment. However, it was still not enough for a positive test result.

Now, as I sat in that small room waiting to hear from the pulmonoligist my anxiety began to rise. I was preparing myself to hear the words, "she doesn't have Asthma, we don't know why she gets so sick... sorry good luck to you all." I couldn't let my little girl go through another horrific winter without answers and I began to give myself a pep talk, urging myself to stand firm and let the doctor know my frustration. 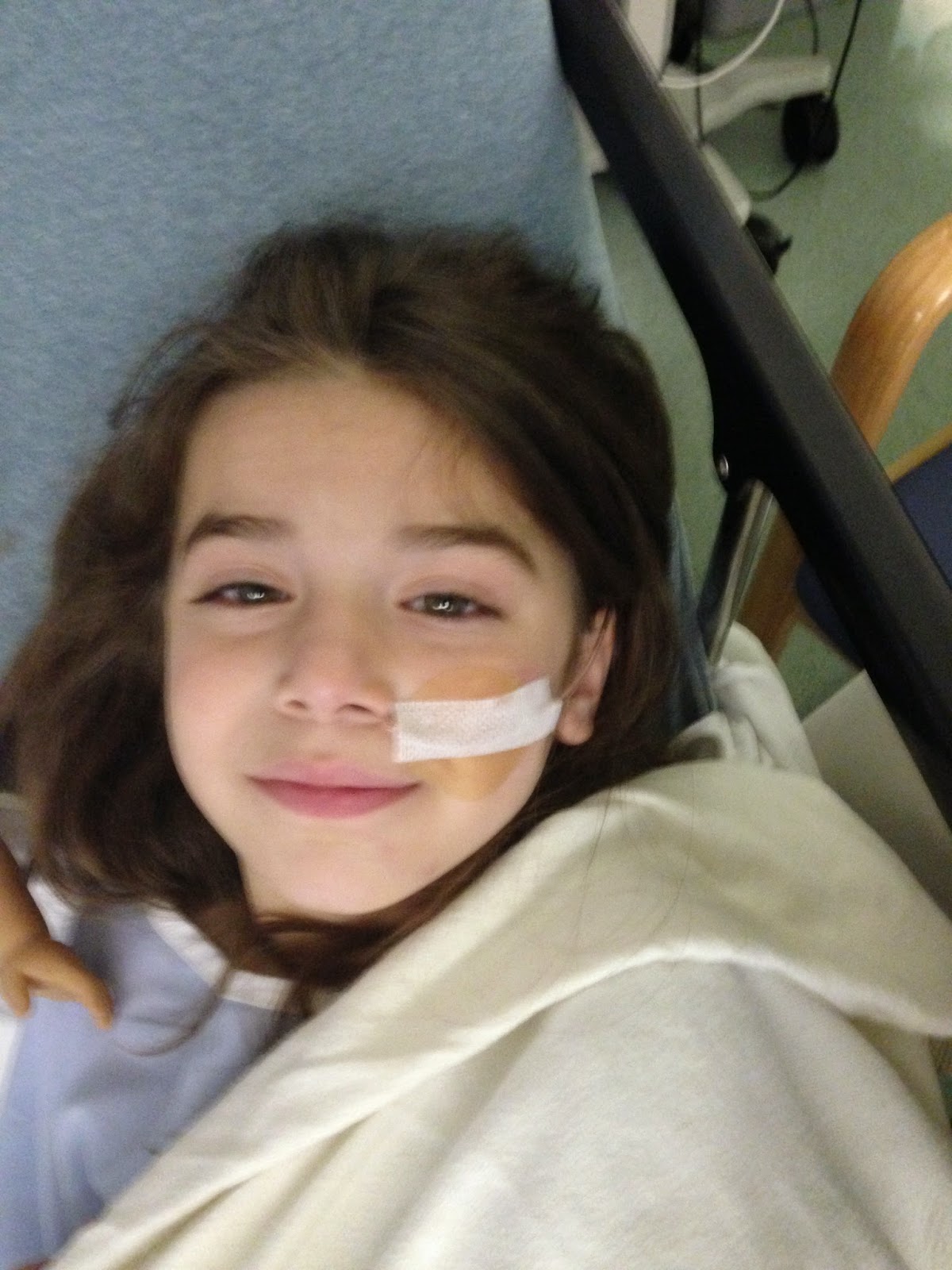 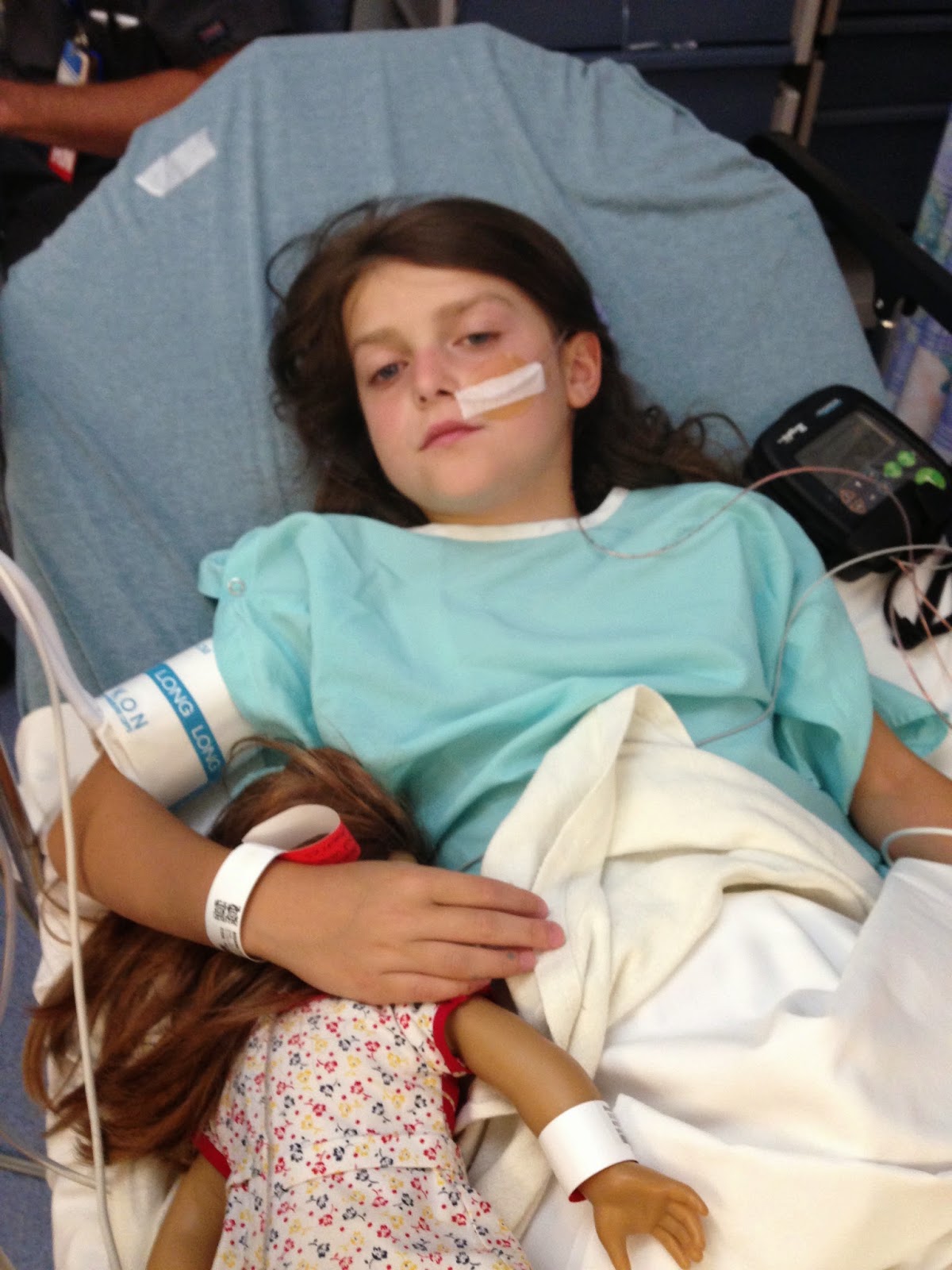 When she finally came into our room I could feel my pulse pounding, I was ready to be as vocal as need be. Our doctor grabbed her papers wheeled her chair over in front of me and said, "Let's start with Kayla." I took a deep breath and readied myself to hear what she had to say. She went through the test in detail before telling me what I had suspected to hear, "The test was not positive, indicating she doesn't have Asthma." Before I could let my building frustration speak she continued, "But what the test does indicate is that she has something called Bronchomalacia."

I couldn't believe my ears... She wasn't leaving us without a diagnosis, she was giving us the correct one. She went on to say, "That asthma treatments actually make bronchomalacia worse by weakening the already floppy airways. She also explained that Kayla's lungs can't clear mucus very well, which is why she has had pneumonia so many times." 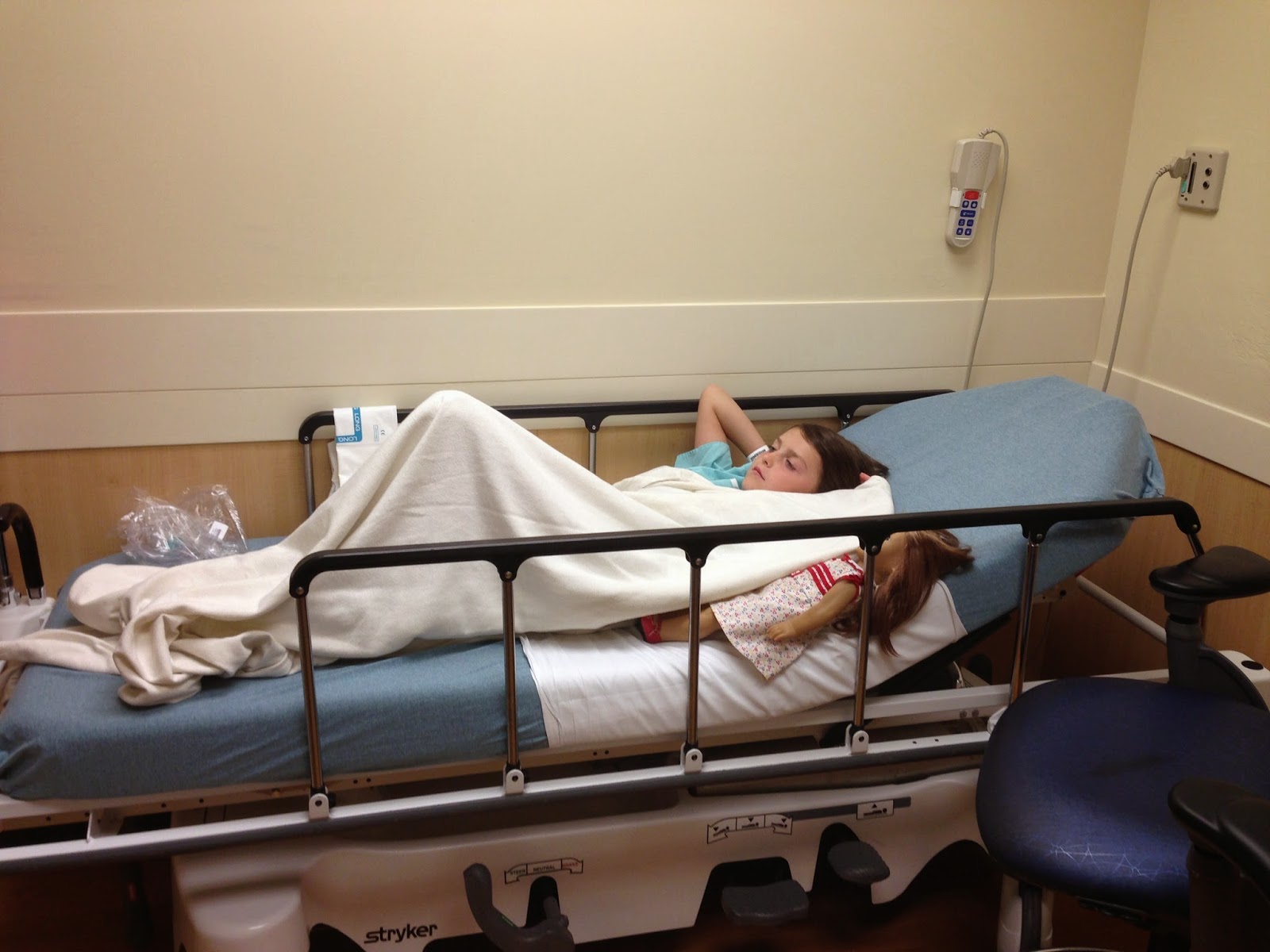 I tried to hide my tears as I realized that we had not only spent the past nine years NOT making my sweet child better, but we had in fact been "making" her sicker with her Asthma medications. 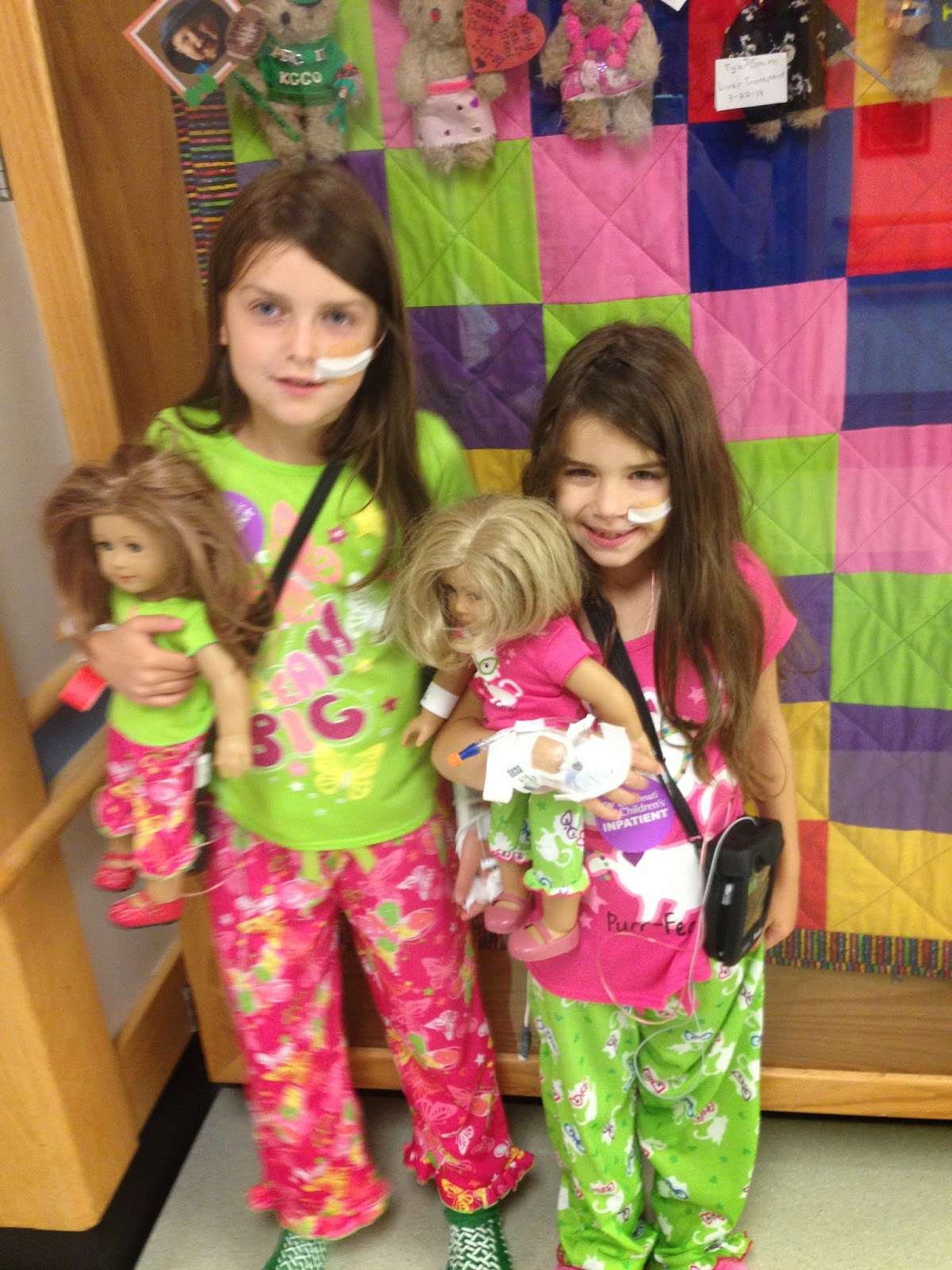 "So you are taking away her Asthma diagnosis that she has had since she was 3?" I said as flashes of the past nine years zoomed through my head. Her voice softened as the words, "Yes, I am," hung in the air... before echoing painfully in my heart.

The guilt began to overwhelm me and I could no longer hide the tears that had been forming in my eyes. She and Todd, both almost simultaneously said, "It's not your fault," but their words were not enough to comfort me. How could this be and why had it taken so long to figure out?
The doctor then put her hand on my knee and very sympathetically said, "The bad news is that this will never go away, it is something she was born with, and she will always have it. If this was Asthma I could offer you all sorts of support but there is not very much we can do for bronchomalacia." 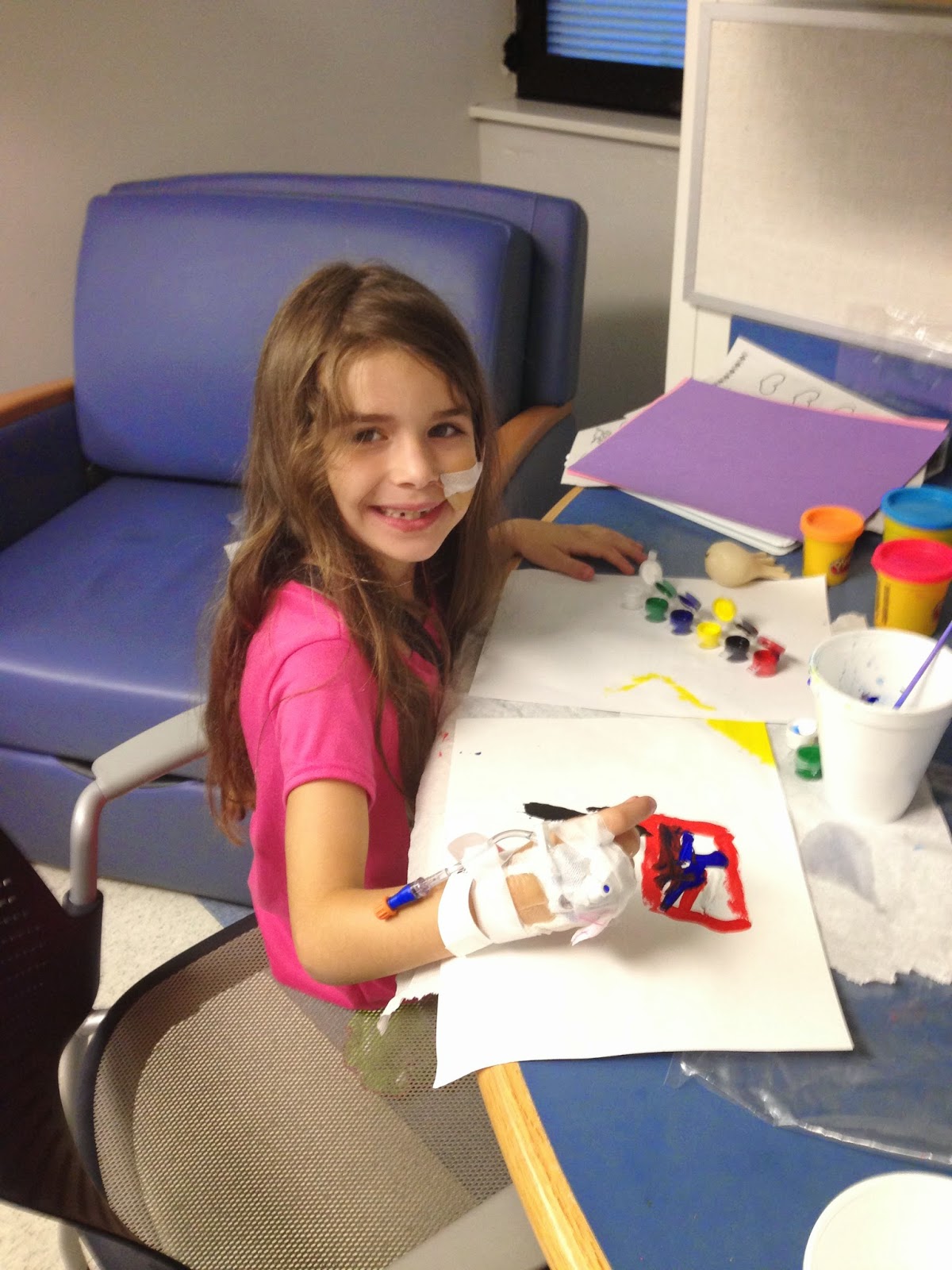 At least now we're receiving long awaited answers and someone was finally connecting the dots on almost all of Kayla's issues. However, the sting of the past was still rattling through my mind as I did my best to refocus my thoughts on the positives.
What about Addyson...


Well, she kept with true Bramlee fashion... we like to go BIG or go home!  Our middle child must have felt the need to one up (or should I say two up) her older sister. Addyson very clearly has Asthma (evident from the methacholine challenge) but she also has bronchomalacia and the beginning of tracheomalacia (floppiness in the trachea).

Remember above when I said that, "Asthma treatments makes bronchomalacia worse." Well, I am sure you see our dilemma.  Our pulmonologist said, "There is no easy answer or a good plan for Addyson, if she is wheezing give her abuterol and if it doesn't work and makes her worse then give her steroids immediately." That's right... our best plan is in fact just a roll of the dice, with the very real potential to make her worse not better.

Here Is Our Plan: 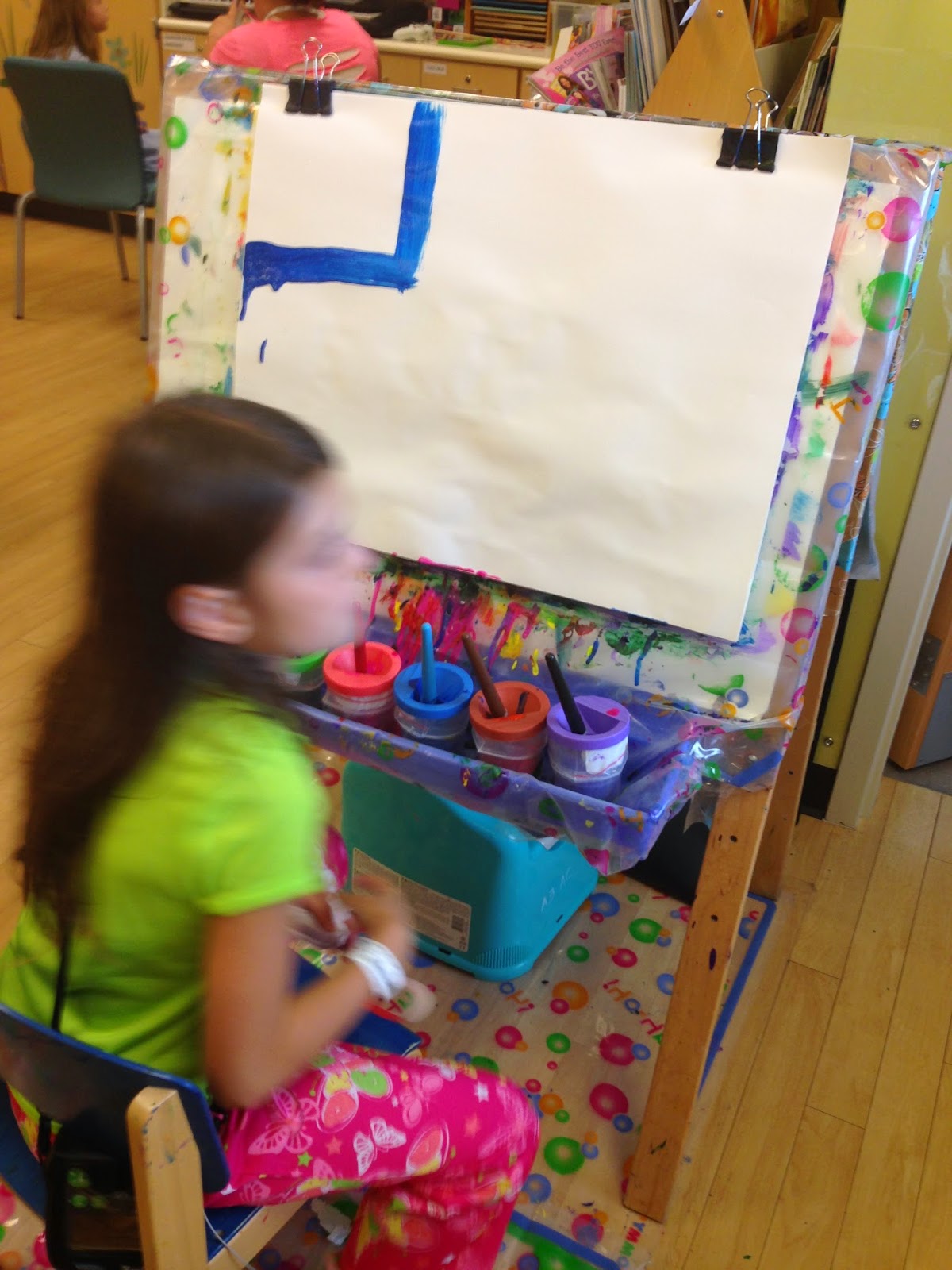 It is such an uneasy feeling when an expert doctor, from a major children's hospital, looks at you and says with a sincere expression, "I just hope this treatment works."

At least NOW we know WHAT we are battling against, making the fight much more fair!

So for now I am working on forgiving myself for my unknowing role of contributing to making my girls sicker for years.  Oh, the logical side of me realizes that it wasn't my fault, but for some reason I just can't seem to convince the ache in my 'mama heart'.

We will not let this defeat us!  We now know what we are fighting and that gives us power.

Sweet little girls your daddy and I promise that we will never stop fighting to keep you well and we will always give you our very best.


In all this you greatly rejoice, though now for a little while you may have had to suffer grief in all kinds of trials. These have come so that the proven genuineness of your faith—of greater worth than gold, which perishes even though refined by fire—may result in praise, glory and honor when Jesus Christ is revealed. Though you have not seen him, you love him; and even though you do not see him now, you believe in him and are filled with an inexpressible and glorious joy, for you are receiving the end result of your faith, the salvation of your souls. 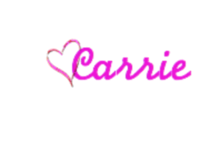 Posted by Carrie at 4:51 PM No comments: Links to this post

A Little About Me 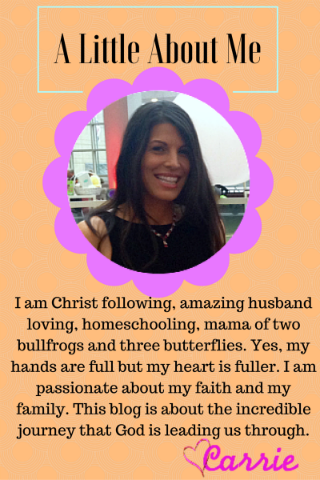